Great Victory and Victory. Capture the glory days and set goals big to be achieved.

Sriwidjaja Maritime Kingdom History has recorded that in the 7th century a very powerful maritime empire was established whose name is Sriwidjaja. This kingdom began its rule on the island of Sumatra and continued to expand its strength from Sumatra to Java, the coast of Borneo to Cambodia, southern Thailand, the peninsula Malaya, part of the Indo-China region, and had extensive trade with India and the mainland China. The name and influence of this kingdom is even heard to the corners of the world both in strength trade, religion, culture, and its fleet that was victorious and could control the Indian Ocean region and the Pacific.

In Sanskrit, Sri means "glowing" or "brilliant", and Widjaja means "victory" or "glory". In full, the name Sriwidjaja means "Glory or Brilliant Victory". This maritime kingdom was very powerful and influential and was led by kings descended from the Syailendra dynasty. This royal commercial center was first built on Siguntang Hill which stands at the Musi River Estuary which is now called Palembang. A pride that is also a benchmark for all Indonesian people, especially the people of Palembang to inherit the greatness of a history.

The name Sriwidjaja is enshrined in this company in memory of and lift return time the glory of the first maritime kingdom in Indonesia, which is famous in Indonesia whole corner world. A tribute to the ancestors who once proved that Indonesia is nation the big one. Establishment of a fertilizer factory under the name PT Pupuk Sriwidjaja Palembang, is heritage which is at the same time the vision of the Indonesian nation towards strength, unity, and resilience of Nusantara insight. 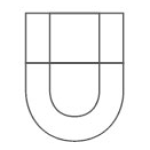 Pusri's symbol in the form of the letter 'U' symbolizes the abbreviation 'Urea'. This symbol has been registered with the Directorate General of Haki Dep. Justice & Human Rights No. 021391

A sprig of rice with a total of 24 grains symbolizes the date of the establishment deed of PT Pusri. 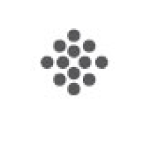 There are 12 white urea granules, symbolizing the December establishment of PT Pusri. 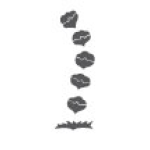 A sprig of cotton that blooms from its petals. The cotton grains that bloom are 5 pieces of petals that are broken in the form of 9 cracks, symbolizing the number 59 as the year of establishment of PT Pusri (1959). 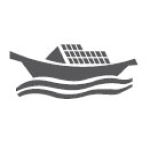 Kajang boat, is a folk legend and a characteristic of the city of Palembang which is located on the banks of the Musi River. The Kajang boat was also appointed as a trademark of PT Pupuk Sriwidjaja. 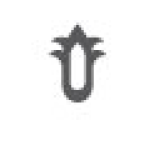 The lotus bud that will bloom is the creator's imagination of the company's prospects in the future. The color composition of the yellow and blue benhur symbol is bordered by thin black lines (to better explain the image) which symbolizes majesty, freedom of ideals, as well as fertility, tranquility, and fortitude in pursuing and realizing those ideals.

Company Identity at a Glance

In any form of communication, it is very important for a company to maintain its consistency, one of them is the consistency of their identity.

Uniformity of perception in the consistent application of logos, colors and typography is very important if you want to maintain a strong brand presence in the market. And the most important thing is unity the spirit of all interested parties both inside and outside the PT Pusri Palembang environment to achieve the common goal of making PT Pusri Palembang into a large company that play an active role in realizing a prosperous and food self-sufficient Indonesia.

All assets provided on this page are properties Intellectual property of PT Pupuk Sriwidjaja Palembang and protected by applicable law. For protect valuable Brand Assets, a Corporate Identity Assets Guide is available to explain use of company logos.